Posted on September 29, 2016 by InvestigatorKelly

A former Lacy Lakeview woman who participated in the three-year sexual abuse of two young girls, including one who had a baby as a result of the abuse, was sentenced to 40 years in prison Monday.

In exchange for her guilty pleas, prosecutors dismissed one count of continuous sexual abuse of a child, a charge that carries a minimum of 25 years in prison up to a maximum sentence of life with no parole.

Judge Ralph Strother of Waco’s 19th State District Court sentenced Knox to 40 years in prison on the two aggravated charges and 20 years each on the remaining eight counts.

Knox will serve the sentences concurrently and will have to serve at least 20 years before she can be considered for parole.

Knox initially agreed to the plea bargain, but balked Monday when it came time for her hearing. She later changed her mind again, ultimately accepting the plea offer.

The two girls, family members of Knox, cried during victim-impact statements Monday after Knox was sentenced. Despite the abuse, the girls said they love her. The older girl, who is now 15, told Knox she is going to be a good mother to the child she had in May 2015 as a result of the sexual abuse.

They both are alleged to have sexually abused the girls at a home in Lacy Lakeview from November 2012 to 2015 beginning when the girls were 11 and 12 years old.

Investigators say Harrison fathered the child and alleged that Knox not only was aware of and condoned the abuse but participated in the sexual assaults.

Harrison remains in the McLennan County Jail. His charges are pending and no trial date is set, court officials said Monday. 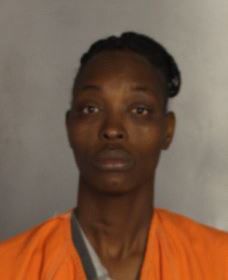