Police in Kansas are searching for a missing man from Casey County, Kentucky.

Friends say that Donald Harrison of Liberty was last seen at a bowling alley in Olathe, Kansas. Police say the truck driver was in Kansas for work.

If you have any information about Harrison’s whereabouts, call the Olathe, Kansas Police Department. 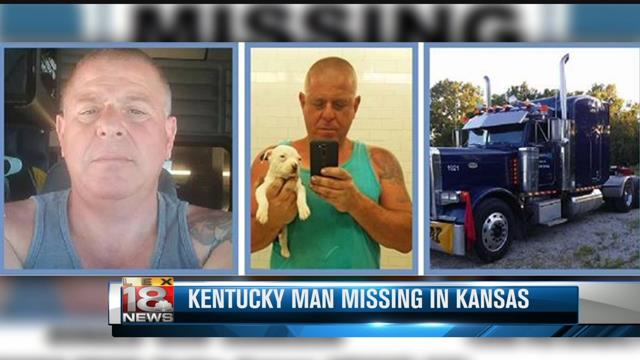 Private Detective: Wanted Man Could Be in KY

He was supposed to be arraigned in July 2015 but didn’t appear and now the FBI is looking for him.

They say Lacy was possibly recently spotted in Morehead and Frenchburg. He also owns property in Florida.

Anyone with information is asked to call the FBI. 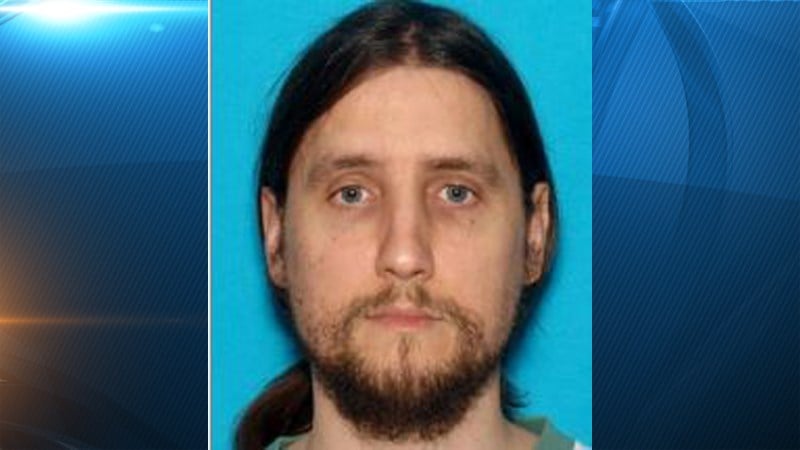 Posted in Private Investigator Lexington | Comments Off on Private Detective: Wanted Man Could Be in KY

Two brothers were arrested Tuesday night and accused of raping the same woman.

Lexington Police said on May 21, James McIntosh, 50, and his brother, Roy, 52, took turns forcing the victim down and sexually assaulting her.

Police said at one point, James bit her in her private area to mark it as his.

The victim told investigators one of the brothers told her she wouldn’t remember the assault  when she woke up, and then gave her a shot of heroin.

She woke up the next morning and called police.

Both men have been charged with first-degree rape.

They are scheduled to face a judge Wednesday. 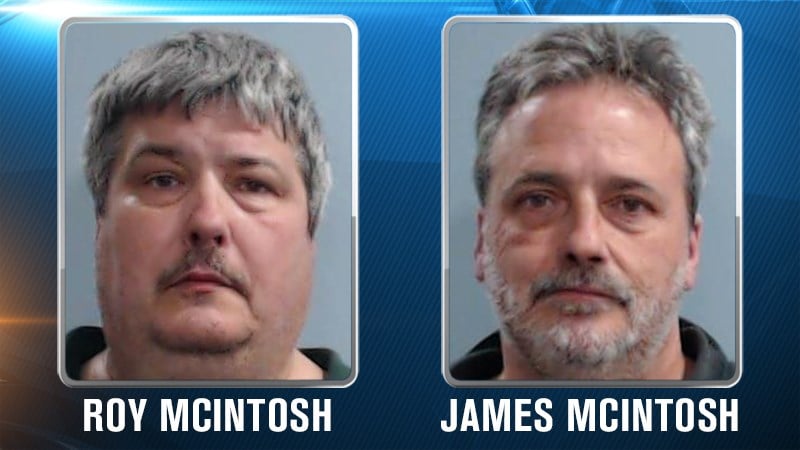 A lack of long, luxurious locks didn’t stop one man from allegedly stealing $5,000 worth of hair products from the mall.

According to an arrest citation, Joshua Campbell is charged with two counts of third-degree burglary after he was caught on camera committing the thefts.

Police say on June 4, Campbell stole $2500 worth of flat irons from a mall kiosk while the mall was closed. A week later, police say he returned to the mall and the crime was caught on camera. This time, Campbell allegedly was captured stealing $3100 worth of the flat irons which run from $30 to $60.

Campbell is lodged in the Fayette County Detention Center. 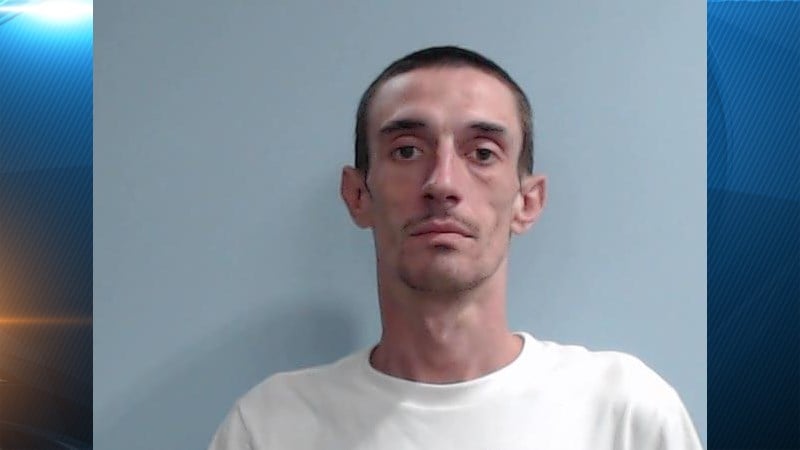 The Laurel County Sheriff’s Office said a husband and wife were found with gunshot wounds in their home.

Deputies said after an argument, Joseph Mills, 33, shot his wife, Shannon Mills, 34, before turning the gun on himself.

Both were taken to the hospital, but pronounced dead a short time later.

A Salina man was taken into custody on Monday afternoon after investigators linked his indecent texts to sexual contact with a 15-year-old female.

News partner KSAL reports that a concerned citizen learned of the texts and contact police.

Police say the crimes occurred in a south Salina home between April of this year and June 15.

The Laurel County Sheriff’s Office confirms that there has been a shooting on KY 229 south of London that is being investigated as an apparent murder/suicide.

The investigating detective reports that a domestic argument occurred at a home and a husband apparently shot his wife multiple times and then shot himself.

They were both transported to St. Joseph Hospital London where they were pronounced dead a short time later.

Names of the deceased will be announced later.

Lexington Police Detectives are looking for two suspects who stole food from an El Salvadoran restaurant on Versailles Road.

“In this case, they actually did gain access to the food storage places in the back of the restaurant,” said Detective Mark Thomas with the Lexington Police Department.

Thomas said that the theft happened at 3 a.m. on May 20th when the two picked the lock attached to a chain.

At 6 a.m. that morning, they were back at the food storage place at Jose Carillo’s Pupuseria on Versailles Road.

“Kind of inexplicably they come back and they do the exact same thing again,” said Thomas. “You gotta think, this is not gonna be these guys’ first time. They’re milling around at 3 o’clock in the morning, 6 o’clock in the morning. What are they doing over in this neighborhood at that time? They’re looking to steal anything.”

Crime Stoppers is offering a cash reward for information leading to an arrest. You can call the Crime Stoppers tipline at (859) 253-2020. 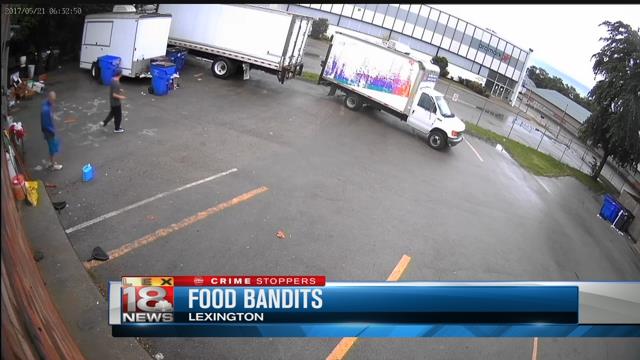 The University of the Cumberlands is mourning the loss of a senior baseball player as authorities investigate his shooting death in Charlotte, North Carolina. In the meantime, police are using the media to ask for witnesses.

According to Charlotte Metropolitan Police, Zachary Finch died on June 18, 2017, which happened to be Father’s Day.

Zachary’s brother Nicholas Finch told WCNC that Zachary was staying at their parent’s house in Mint Hill for the summer. He said that Zachary was meeting people to buy a cell phone from the LetGo app when whoever he met attempted to rob him. Nicholas said CMPD told him that Zachary ran to his car and was shot in the back.  Police would not confirm the activity that brought Zachary to the park, but said it was legal.

WCNC reports that the 21-year-old was pronounced dead at an apartment complex in the 2300 block of Farmer Street in Charlotte. No arrests have been made yet.

Nicholas said that his family has heavy hearts and are shocked by his brother’s death. At a news conference Tuesday, he pleaded for tips from the public.

“It sounds cliche, but he was a good kid,” Finch spoke, holding back tears.

“We are deeply saddened by the tragic death of Zach Finch,” said UC President Larry Cockrum in a news article from the college. “Zach was an incredible young man with a very bright future. We ask the entire Cumberlands family to join in praying for Zach’s family and friends during this terribly difficult time.”

Finch’s head baseball coach Brad Shelton added those who were close to Finch can only take in the information, pray and reflect on who Zach was.

“I’ve been in touch with his dad some and, you know, we loved Zach and he was a very important part of our campus and our program and we just, we are praying for them,” Shelton stated. “As a team and a program, obviously we want to do something to honor Zach at some point.”

Vice President for Student Services at the University of the Cumberlands Dr. Emily Coleman mentioned that Zachary Finch’s memorable personality will be missed once the fall semester returns.

“He just had this infectious smile, he was so positive, he would drop anything to help someone, to hold a door open, to provide assistance and it’s just that servant Christian heart that made an impact on this campus. If we can take a little bit of that positivity that Zach had and applied it to our daily lives, that would be great that we could learn from this loss.”

Counseling services are being offered for UC students, faculty, and staff. For a referral, call Jodi Carroll, MSW, LCSW, Director of Behavioral Health, at 606-539-3553 or email jodi.carroll@ucumberlands.edu.

Anyone with information about Finch’s death is encouraged to contact the Charlotte-Mecklenburg Police Department at 704-336-7600.

Loved ones have set up a Gofundme page to pay for funeral costs and expenses. Click here to see the online donation page.

A Lexington, Ky. man, who previously admitted to bribing a former public official, was sentenced today to 65 months in federal prison.

McIntosh previously admitted that he paid kickbacks to the former Secretary of the Kentucky Personnel Cabinet, Timothy Longmeyer, beginning in 2009.

According to McIntosh’s plea agreement, Longmeyer agreed to use his former position to steer contracts to MC Squared Consulting, a company that McIntosh owned. In return, McIntosh paid approximately half of MC Squared’s proceeds from these contracts as kickbacks. Until approximately March 2014, McIntosh paid these kickbacks to an intermediary, Lawrence O’Bryan, who then paid a portion of the funds to Longmeyer. Beginning in November 2014, McIntosh began to deal with Longmeyer directly and repeatedly gave Longmeyer large amounts of cash and conduit contributions to the campaigns of politicians specified by Longmeyer. Over time, McIntosh paid $642,201.50 in kickbacks through O’Bryan and $203,500.00 in kickbacks directly to Longmeyer.