Posted on December 31, 2014 by InvestigatorKelly

A Madison Co. man is in jail, accused of following a woman down a Richmond Street and raping her.

The alleged incident happened on Fairview Street in Richmond at 5 a.m. Sunday morning, but the woman told police it initially started on Main Street near the YMCA.

The victim told police she was walking home down Main Street when Thomas Simmons tried making conversation. She said he then allegedly grabbed her by her hair, punched her and dragged her behind some apartments on Fairview Street. She says he then forced her to have sexual intercourse.

The police report says after the crime, Simmons simply walked away and left her alone in the rear of the apartment. Neighbors in the apartment complex told LEX 18 they hadn’t hear a thing about it until they saw it on the news.

Richmond Police arrested the 48-year-old Simmons at his house. Simmons allegedly told police the encounter happened at his home and that it was consensual. 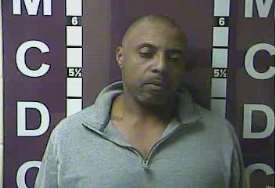