Posted on April 28, 2016 by InvestigatorKelly

A worker was struck during an armed robbery at the Nicholasville Dairy Queen.

It happened just after 10 Wednesday night on Main Street. Police say two men wearing masks came in with a handgun and demanded cash from the clerks.

There was some sort of struggle during the robbery and one worker was hit in the head with the gun. The suspects made it out of the store with cash and two cell phones. 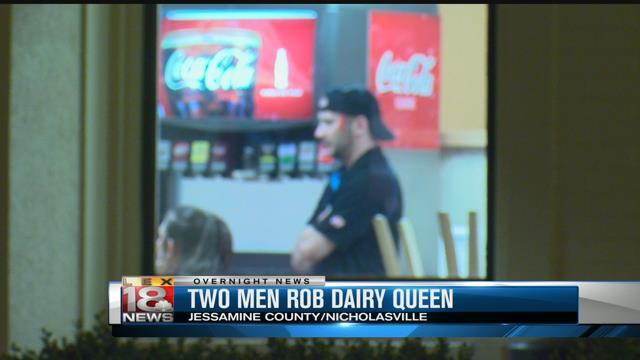