Posted on January 30, 2015 by InvestigatorKelly

A 16-year-old girl from Virginia who was considered an endangered missing person after disappearing with an older man has been found safe in Little Rock.

Authorities in Christiansburg, Va., reported just before midnight Thursday that teen Aysia Monique Lewis had been found safe in Arkansas’ capital city and that the man she was believed to have left Virginia with, 33-year-old Donald “Bruce” Quesenberry Jr., was in custody.

According to a Little Rock Police Department report, authorities responded about 11:30 p.m. to an apartment complex in the 13000 block of West Markham Street after receiving information the two were there.

“Someone in Virginia” contacted Lewis by phone, the report said, and she came out of an apartment where Quesenberry was later found inside.

Quesenberry — who police say acknowledged driving Lewis from Virginia — was arrested on a charge of theft by receiving because the car he was traveling in was reported stolen in Illinois, the report said.

Lewis was taken to a youth services facility in Cecil, where her parents were expected to meet her.

The Christiansburg Police Department said in a statement that Lewis was last seen Monday afternoon after school and it was believed Quesenberry traveled from his Illinois home to meet her. The pair were believed to be traveling in a gold Nissan Altima.

The police department said in the statement that neither Lewis’ nor Quesenberry’s friends or families had heard from either one of them in the days after she was reported missing. She was classified as “endangered” because of her “age and the circumstances surrounding her disappearance,” the agency said.

Authorities said Quesenberry was facing a charge of contributing to the delinquency of a minor even before the teen was found and that additional charges are now pending. 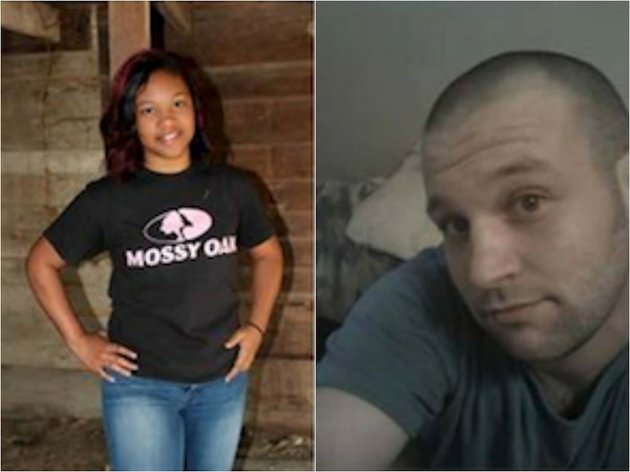